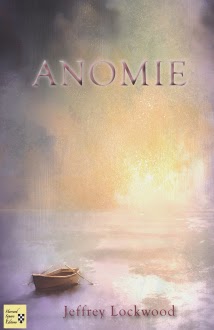 Title: Anomie
Author: Jeffrey Lockwood
Edition: Harvard Square Editions (eGalley, 2014)
Pages: 149
How I Came By This Book: The author sent me a copy of this novel for me to read and review. 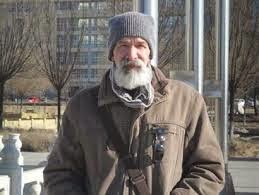 About the Author: Jeffrey Lockwood hails from Michigan's Upper Peninsula, but has lived internationally for many years. Presently he writes in Inner Mongolia. Anomie is his first novel. (from Harvard Square Editions) Please visit this page to pre-order the novel, which comes out on June 6, 2015.

Synopsis: Anomie is a uniquely crafted story about Michael, a middle-aged professor and writer. After a series of tragic events, he seeks closure through myriad experiences, in order to bring balance to his world. Eventually, he finds himself in China.

Review: When I was an undergrad, I went through a LOT of uncertainty about what I wanted to do. In the four years leading up to my B.A., I changed my major and minor 10 times! I applied to college as an English major, switched to Sociology before even getting there in the fall, added a French major, changed from Sociology to Anthropology, dropped my French major, added a History major, added a Multicultural Studies minor, dropped my Multicultural Studies minor, made History my primary major and Anthropology my secondary major, and, finally, dropped my Anthropology major down to a minor. Thankfully I stayed within the same sort of fields--humanities and social sciences--so that I didn't have trouble graduating on time. When Mr. Lockwood approached me about reviewing his novel, Anomie, my mind was drawn back in time to my first semester of college, when I took Intro to Sociology and first learned what the term anomie meant.

Anomie is a state of being in which a person finds him/herself in a situation that is jarringly unfamiliar and uncomfortable--often to the point of depression, anxiety, even, suicide. The most illustrative examples of anomie that I can think of are Antonia's father in Willa Cather's My Antonia (who, spoiler alert, commits suicide after not being able to transition from a well-known and successful tailor/violinist in their native country to the nobody-ness of being an immigrant in the midwestern United States) and stories of homeless individuals who are suddenly given gobs of money (think in the hundreds of thousands of dollars range) by people who think that shoving cash at someone helps without stopping to give that person time to ease into a well-to-do lifestyle. There are, of course, countless other examples that don't have a single thing to do with money or station in life. In general, anomie is often a crushing state to find yourself in.

Which is where Michael comes in. After a tragic event leaves him reeling and broken inside, Michael's life starts to careen out of control and he finds himself longing for a fresh start. After a chance encounter with a former student of his, he decides that he's going to go teach English in China. What follows is a personal journey--physical, mental, emotional--that will eventually lead Michael to where he truly belongs.

Anomie is a book that draws you in from the first page. The author chooses to start the reader off in the middle of events and work semi-backwards to figure out what led Michael to China in the first place before moving into the present and the future. It's a genius way to begin a book in which the main character is trying to find his way toward understanding who he is and what he wants out of life. The reader is taken on his journey with him, given information in bits and pieces until the whole picture becomes clear.

I didn't find Michael to be an incredibly sympathetic character--in fact, he was kind of a jerk. But I don't think that that's necessarily a bad thing. Michael is a work-in-progress, a man lost without his wife and trying to put his life back together in a foreign country. He's not a perfect person by any means, but he grows as the story continues to its conclusion. Along the way, he meets several possible surrogates for his wife, Helene--Geri, Li Qin, and the unforgettable Avery--none of whom actually fit the bill because of the perfected picture he has of her. It is only when Michael lets go of what his mother, Maud, wanted him to be and becomes what his father, Frenchie, knew him to be, that he finds real happiness.

The writing style Lockwood uses is unique. With dialogue kept to only what's actually needed to move the story along, he instead depends upon Michael's thoughts and feelings to build the narrative--even though the book is written in third-person. The book is divided into two parts, one being his life in China and the events that led to it, the other being his life after China. I felt as if the first part of the book was much stronger than the second. It seemed that, oddly enough, Michael's story was more put together during the chaos of trying to find himself than in the light of eventually getting his act together. The whole second part just felt rushed. Other than that, however, I really enjoyed this book. And, despite being rushed, where Michael's life ends up is perfect and unexpected. While a bit of a bittersweet story overall, the reader can truly see that Michael's life is going to start going much better for him.

The women in Anomie are a bit flat, even Avery, who I really liked. Even most of the male secondary characters aren't very flushed out, although Loch and Serge are likable. As this is Lockwood's first novel, I didn't expect perfection. And with how beautifully he writes and how raw his stories are, I'm really looking forward to what else he might produce in the future.

-Gabe
Posted by gabrielreads at 12:41 PM

gabrielreads
Books have been a passion of mine since I was about two years old. I love to read them, I love to write them, and I love to talk about them.

5 Gabriels: I loved it!
4 Gabriels: I liked it a lot!
3 Gabriels: It was all right.
2 Gabriels: What the heck is this crap?
1 Gabriel: Why was this even published?